A little bit about Maseru.

First a few words about the recent inactivity of The Maguire Wire.  For starters, A-100 is overwhelming and just plain tiring.  In addition, Josephine decided that she was going to start getting up long before the sun came up, often between 4:45 and 5:30 am.  Most nights, when there wasn't a happy hour or some other "voluntary" event, I came home and crumpled onto the couch.  Then I'd either fall asleep on the couch or just get up and go to bed.  For a guy who was always the last one to go to bed, it was quite pathetic.

The Maguire household also seemed to have been struck by some biblical plagues over the last six weeks.  You name it, it rampaged through everyone: colds, GI issues, sore throats.  All in all, it was an awful month.

The good news is that everyone is healthy now, and The Maguire Wire is back in action.  I promise to write often the next 10 weeks as we get ready for our big adventure.

So, at long last, a little bit about the very cool place we are heading off to this summer. 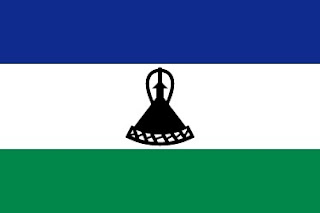