The altitude kills all of my cakes. Pies are fine, but my poor cakes. Even brownies sink, but I figured out the trick, large pan and very thin brownies. Spencer of course got triple chocolate brownies for his birthday. I made cakes for my and Josie's birthdays. Spencer surprised Ted with a Spiderman cake for his birthday hoping that it would save me heartache.

The cakes I made were tasty, but were sad and pathetic in their own right. I made little cake pan sized ones for my birthday. 4 of these turned out and we each decorated one. I think the kids did a great job coloring. The icing was perfect, straight from a plastic can. 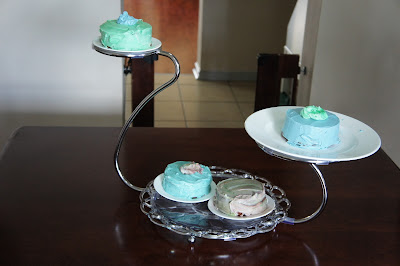 Josie's cakes were a different story altogether. I failed on three. Yes, three. They all either fell or didn't cook right due to the altitude. Not only did I want to give Josie a nice birthday cake, but had invited all the kids and parents I knew in Lesotho to the party. Possible exaggeration here, but I truly had stressed myself out over a second birthday.

After so many failures, I had to call in the expert. Tebbie at Teb's baked goods. This is the perfect time to plug her little business. Call Teb at 5888 6824 for all your baked good needs, carrot cakes, red velvet cakes, I have to stop I am getting hungry. She totally came through the day before the party with cupcakes. She gave me a large container of the most amazing lemon icing and let me decorate at will. 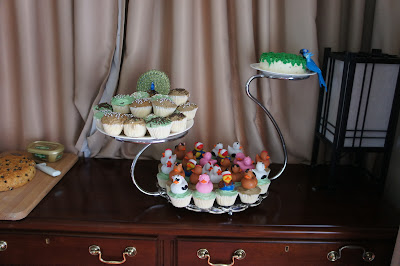 Josie is obsessed with birds and over did it just a little on the bird theme. Still, the only cake that survived my kitchen and Teb's cupcakes looked great when I was done. Shame she won't remember her second birthday party. I am sure it will be the prettiest. 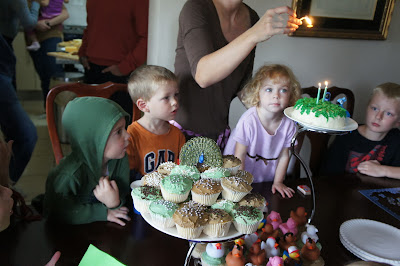 The store bought cake was disgusting. The frosting just isn't American style butter creme. It may possibly have been a whipped creme frosting of some kind, though extremely thick and totally inedible. The frosting between the two layers was actually granadia, passion-fruit. It was jelly-like and still had the seeds. Again, not something that my sweet tooth was capable of handling. The cake itself was like sand. Never again. We didn't take a picture of that one, Ted’s party was at school not home. 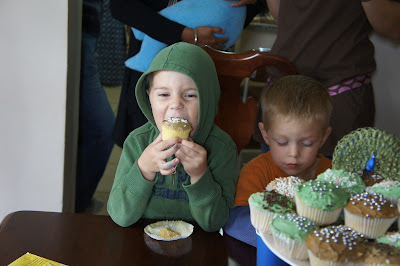 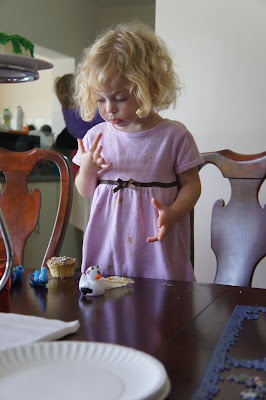