The Rhino River Lodge is located in the Hluhluwe Game Reserve in Kwazi-Natal Zululand. Friends suggested we go, they said the food was great and the people really nice. There are game parks everywhere in South Africa, so a recommendation goes a long way in narrowing down the options. Rhino River is far from Lesotho, I think it took us about 8 hours, less time for most people.

Our first introduction to the reserve was a little scary. 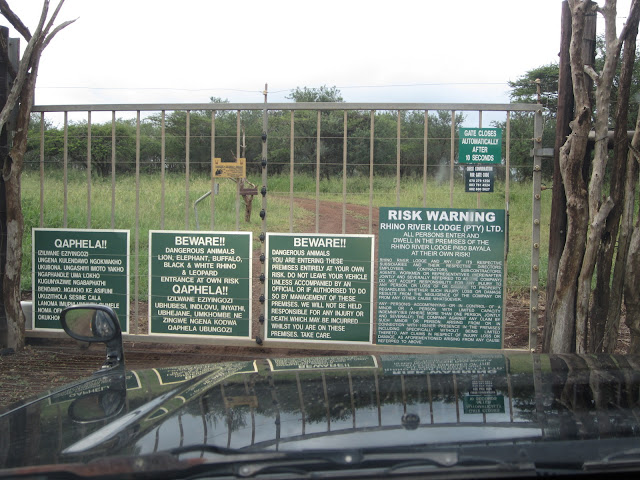 The view as soon as the gate closed was phenomenal. 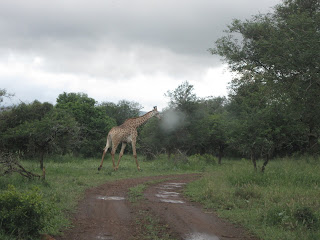 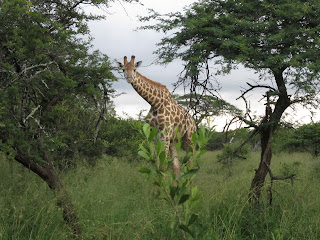 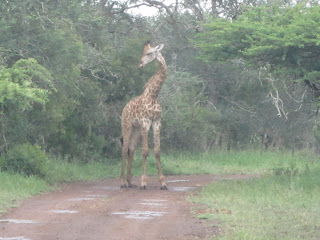 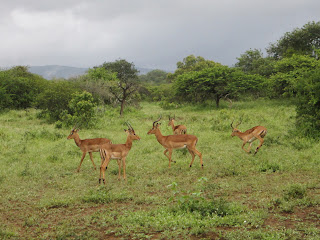 People always ask me if we see animals out in the open. There is no open land in South Africa, just like in the States. Land is either owned and developed or farmed, or set aside as a reserve. You don't have to worry about a lion running across the road, but you don't have that same Out of Africa experience.

We had a great time and recommend you make the drive. The food was great. The guided tour informative. The people were very nice. See http://www.rhinoriverlodge.co.za/ for more information.