You know pictures of your kids are on the internet, but what you don’t know is that those photos are used world wide without your permission. I found a photo of my son being used in Shanghai. Read this post and then immediately change all of your Picasa, iCloud, Facebook, etc. settings to private, and then accept that you have done all you can do. Nothing is private. 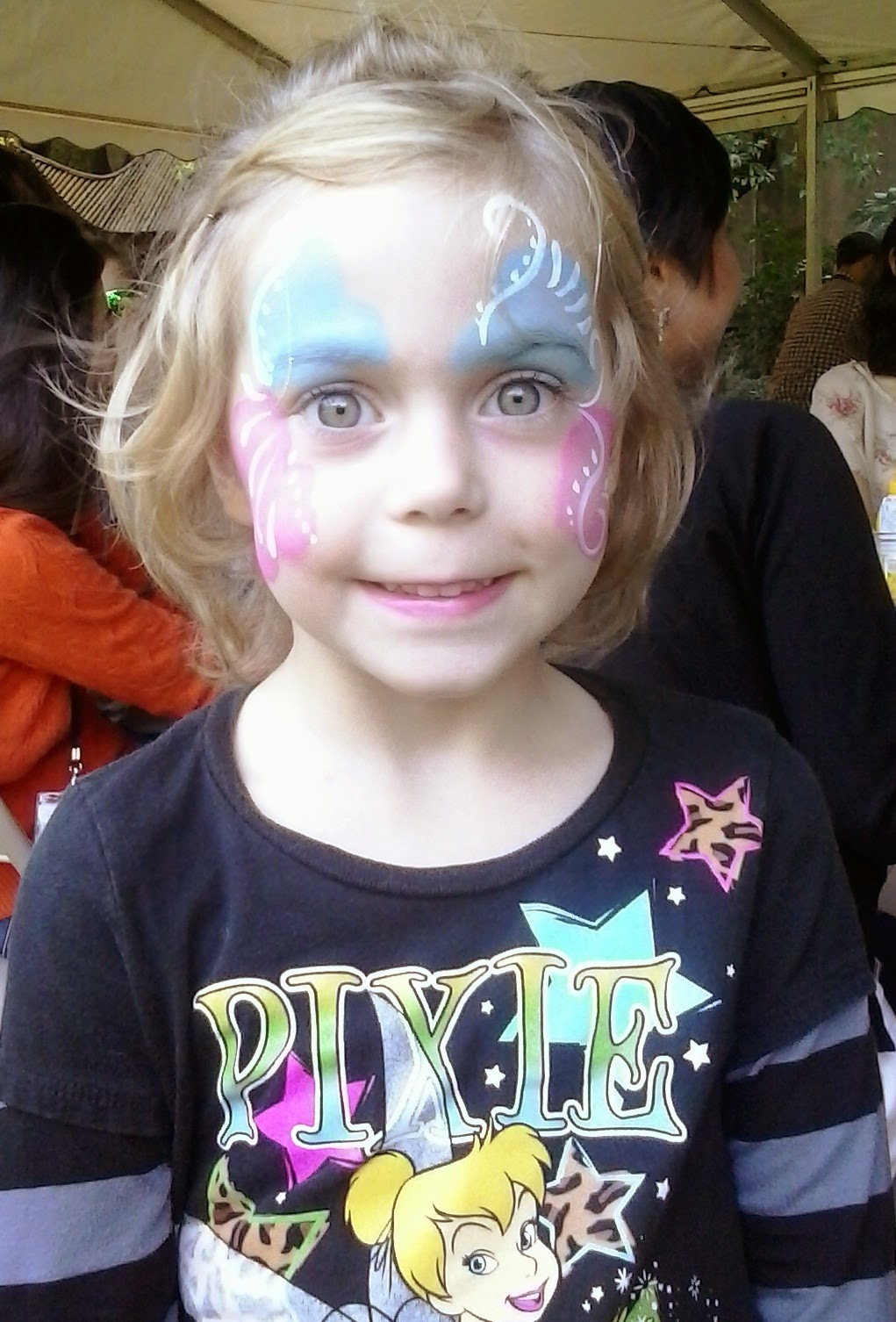 The wee one loves face painting. She will stand in any length of line, patient and sweet. No tantrums, no fuss. This is her thing. It was no different at a recent Consulate event. She stood in line, watching the other children for quite a long time. An enclosed area, I was socializing and introducing myself to our new community. She patiently waited.

I walked over, patted her on the head, and told her how sweet and patient she was being, blah, blah, blah. Then I did what all parents do, shifted my attention to the poster of designs. Looked again. Familiar eyes were looking out of the bottom photo. No, I am seeing things. It can’t be. Could it? I looked again. Yes, it really was my little man. 2 years ago, 3 years ago, 4 years ago! Yes, 4 years ago almost exactly. Happy memory mixed with concern, fear, and confusion at seeing unexpected familiarity. I bombed the volleyball game to show Spencer. I pulled Ted out of the bounce house. I ran excitedly up to all my new colleagues. "Look at this!" I yelled with hysterical laughter. "It is Ted!" And I proceeded to tell the story from four years ago.

Early October of 2010 the family went to visit friends in Kansas City. On a day not unlike
the day of the picnic, with perfect fall weather and smells, we went to a fair. Ted road a pony and a tractor. He shot corn cannons from a stage. Ted had on his lion shirt and became a lion with the help of a blond woman in her mid-thirties.

At the picnic others told similar stories. One said that she found her in-laws' Christmas photo was being used as an ad in a Chinese store. China is notorious for knock-offs, but is that what was going on here? I don’t think so. If I were the face painter, I would pull random photos off the internet as well. Pictures are important to define the artist’s skill level and limit seat time. Is this wrong?

It is the lack of control over personal information and likeness that bothers me. This tie to a world away and four years in the past is disconcerting. Would it be less jarring if I was still living in Kansas City? How about New England? At least there would be a chance that the face painter was the same person or contracted with the same company. Not a Chinese woman in her late forties speaking not a word of English, on the other side of the world.

About two years ago I stopped writing about the kids and started to write more about various locations and me. My social security number is everywhere along with my private information, so sharing my neurotic adventures does not compromise my privacy. That is not so with my little ones. It is not right for me to make their personalities and personal traits available for anyone to read. The lack of stories and pictures of the kids are the most common complaints I get about the blog. Sorry, but childish antics will not return. Thank you, dear readers, for not complaining about the topics and shitty writing.

Should I post the photos here? These pictures are public now, so why not. Some people at the picnic didn’t believe me and said that the boy looked similar, but probably wasn’t Ted. A mother knows her own child, even when a lion. I am not crazy, or at least not on this one. Same shirt, same face. Lower right corner, that’s my boy.