A Little Consistency Goes a Long Way- Gymnastics in Shanghai

I took the wee one to gymnastics. We had used and loved the same company in DC and New England. I found a franchize here and though it would offer familiarity. One month into Shanghai and we both needed a regular routine, not just the start of one, but one that made us feel like we are home.

The adventure started in the taxi, as it always does. I wrote the directions in English, pinyin, and in characters. Explained everything to the guard at the compound gate and then he hailed the taxi. Getting in we thought that we may or may not end up at the right place.

With only a few circles and a little confusion we found the gym inside a mall. This location was a little different as all are, but all the same colors and branding. The people did speak some English- good start. I hoped she would jump in, but history suggested she will need a couple of sessions to adjust.

There are four coaches in the room, already better odds than DC. Everything was in Chinese, but one coach always sat next to her translating
the directions into English. Within 10 minutes she left the corner and started running with the supportive coach and the other kids. 5 minutes later and she was confidently on her own.

She did really well modeling the coaches, because initially she couldn't understand the Chinese directions. I was amazed at how quickly she stopped watching the coaches for cues and followed the directions by sound. Maybe continuity is the key for this life.

I watched the whole time. Her confidence soared as she danced and hammed for the coaches. I looked at my phone to answer a text and when I looked up she was in tears, blood and tears. She had fallen. Damn it! So much for positive associations.

Cleaned up she headed back to the mats. No more dancing and laughing, but she did okay. I am so proud of her for walking into a room of strangers, strangers speaking a foreign language, and bravely participating, even excelling. 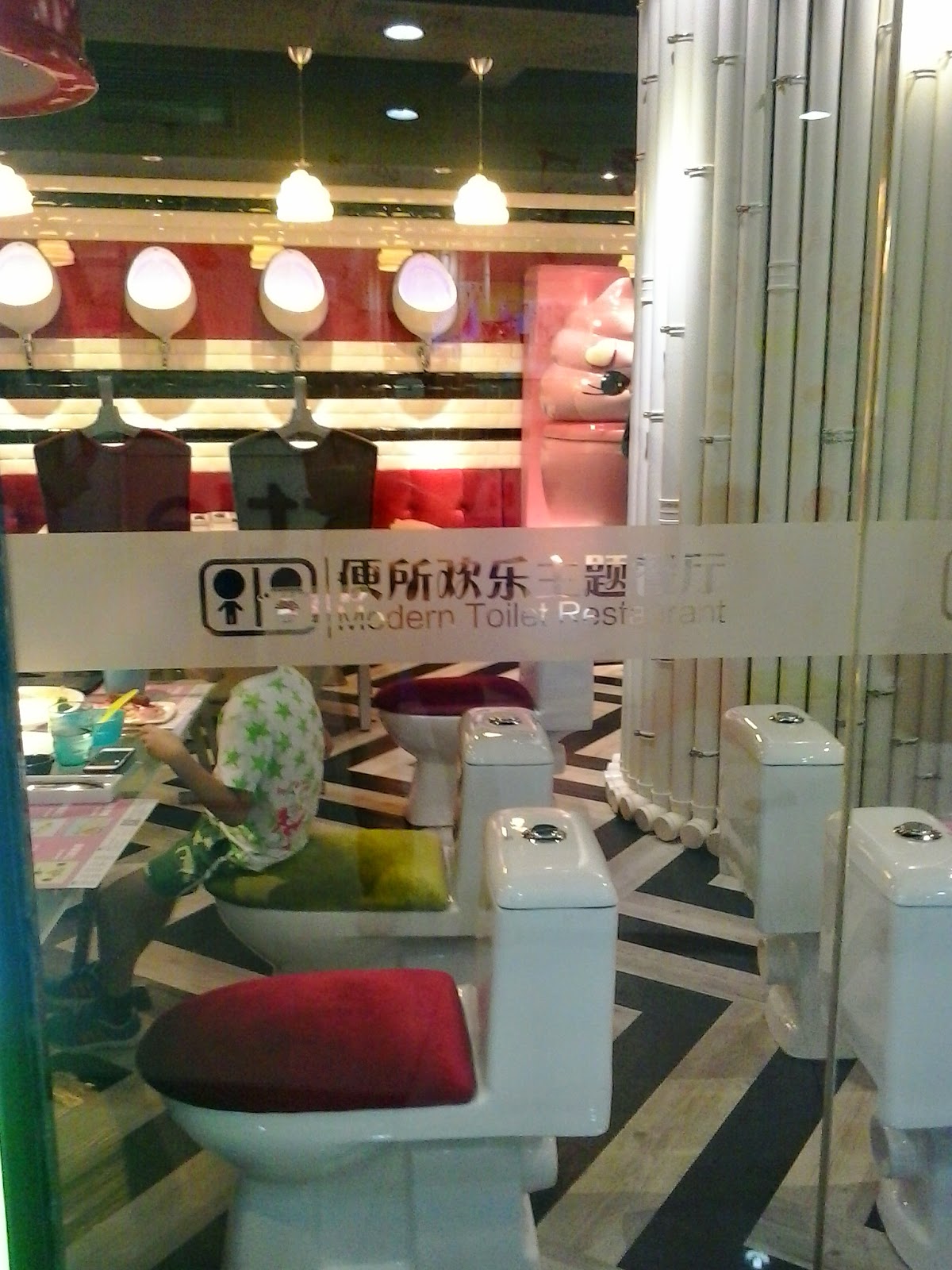 We ended our adventure on toilets. A restaurant with toilets for chairs, urinals on the walls, and everything on the menu looking and sounding like a euphemism for things done in the bathroom. Eating chocolate ice cream out of a miniature porcelain throne, we enjoyed the beginning of an excellent Sunday routine. 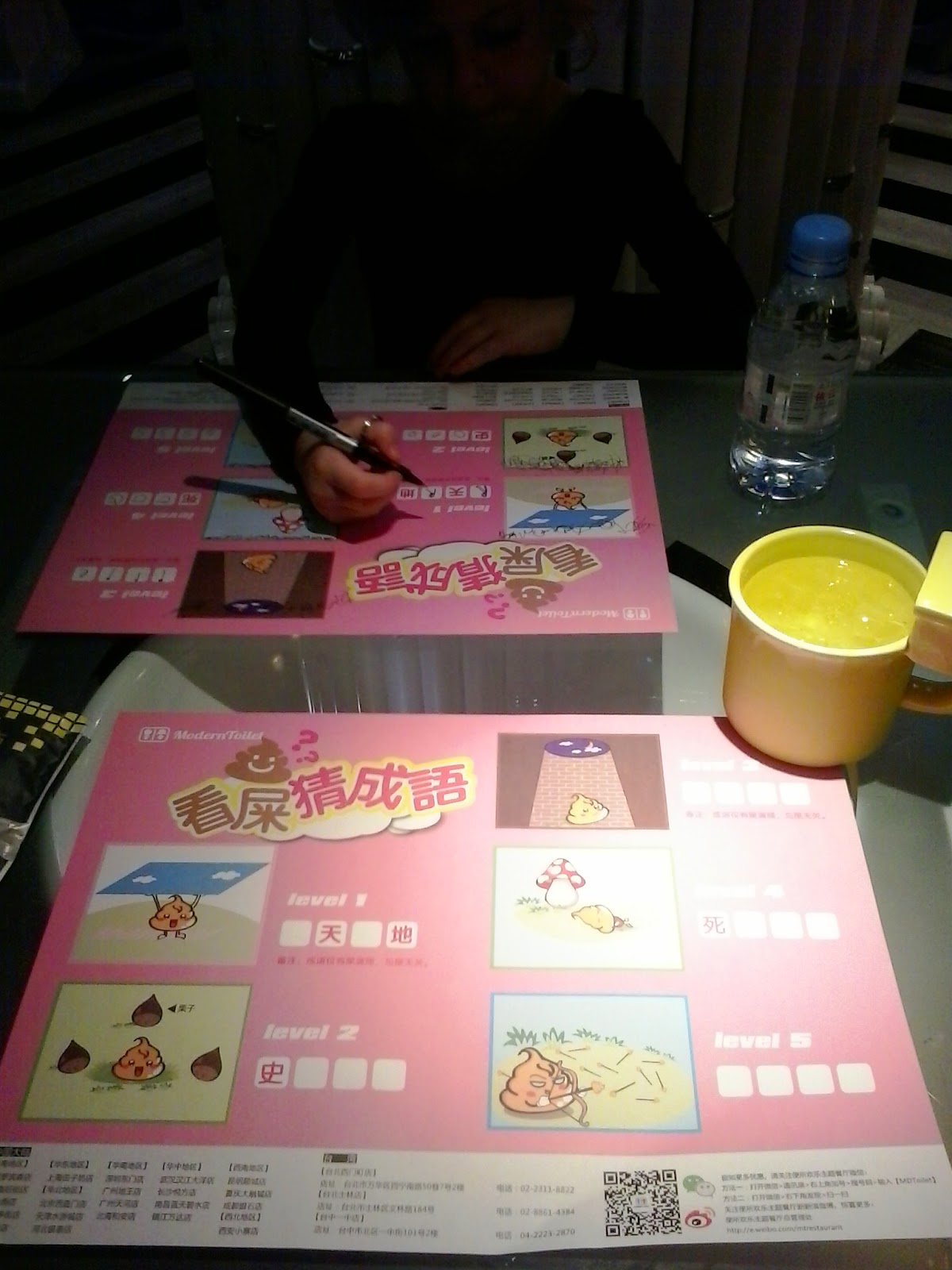 Post Script: As you may have noticed these blogs are out of order. Many are half written, or written, but awaiting edit time. This was one such post. Gymnastics was in September. She refused to return. I wondered why, but she only said that she didn't like it and wanted to change to ballet. After enrolling her in ballet, she admitted two things. The change was due to her new best friend in school, who was also enrolled in ballet. The other, she was afraid she would fall again. The fall was just minutes before the end of the session and she didn't quite recover. She is actually quite good. I hope this isn't the end of gymnastics.